How to start dating online 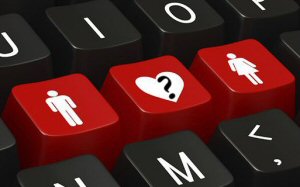 If you use online dating sites (like the other 100 million people worldwide) then you need to figure out the most effective way of doing it!

Your sex, gender and orientation play a big part in how you act when you are online and especially when in a personal situation such as the online dating world. There are things you should do and things you certainly shouldn’t!

Men looking to meet women often feel frustrated because most women never respond to chat requests. (This is usually because chat requests from men are not sent in the way in which women would expect a first contact to be).

On the other side, women often complain about getting too much attention from all the wrong types, or at least, from the types that they are not interested in. This is a common problem for women on many online dating sites suggesting that most dating websites usually have more male members than female.

Gay men and women have still different issues, mainly to do with attitude and thought patterns, either one way, or the other.

Here are a few tips to try and smooth the path to finding your soul mate.

Use all the filters available in order to cut out all the requests or offers that might not actually be the great match they profess to be.

To find someone who is on the same page as you, try to get straight into the stuff that is important to you. This can easily be done in chat, but don’t you tell them what you want… ask ‘them’ the questions!

If you say you like this, that and the other, anybody can just agree with you, whether they do or not!  If you are going to get into a chat with someone, ask them the questions and don’t let them skirt the answers, or push you for clues!

If you hate football, say you don’t want anyone who is mad about football. Or drinking, if you are tea-total, state it!  Its far better to cut out all the pointless offers and chat requests and spend more time on the ones that might be a better match.

Men are less likely to try and chat you up if they know they have interests that you are simply not interested in.

Most men contact women based on their looks. There is nothing wrong with this and it is quite right to do so but selecting the hottest babe in your locality isn’t the best formula for meeting a soul mate!

We’re not saying choose a woman you are not attracted to, but you know the saying… beauty is no indication of niceness!

Men… try and choose a woman who at least seems like she has similar likes and dislikes to you. There has got to be some similarities between 2 people for it to move forward.

Most men actually have absolutely no idea of what to put in a first message. This is for a number of reasons, naivety, ignorance, the lack of personal input on a faceless online dating platform, etc.

So men, listen up…

Let us just say (cos we’ve seen this on many occasions), initial chat messages that start with: Hi babe, hows you? or Yo, whats up? or How you doin? Will not work!

Let us give you some clues…

You are almost guaranteed to fail if you write to a woman on a dating site telling her she looks sexy and hot!

It’s generic, boring and not something any woman expects to hear in a first message.

Women receive these types of message every day and it usually gets an instant one way ticket to the trash bin!

But also… don’t bash straight into life stories. No self respecting woman wants to read about your operation when you were 6 or the dog you had when you were a child, and ‘especially’ nothing about exes.

Generally, it’s really simple. Just start with something like: Hi, I’ve just seen your profile and you seem really nice. Do you fancy a chat?  Or Hi, I’ve just noticed your profile and I’m really interested in getting to know you. Would you like to chat? …or something along those lines. Trust me, it will work much better than ‘Hi babe, you look hot!’

For both sexes, there are many orientations in their gender type. Make sure you pick the type that is suitable for you! Its pointless trying to make ground with the wrong type, it just won’t work. That’s what gender orientations are for.

Nowadays, there are many orientations that carry a general negativity or submissiveness. Even if this is the case, being of a positive attitude is still attractive to the other side. Submissiveness does not mean being subdued or negative.

Don’t use fetishism as the whole of everything. This is becoming a big issue all over the world. All this sexual and gender freedom is leading to an increase in bigotry.

If you are looking for a long term partner or soul mate and white, don’t say things like ‘really into black guys!’. What does that even mean? It means you are objectifying someone based just on the colour of their skin!

And while you are checking out racism, think about the way you talk to others that are not like you. The phrase: ‘looking for an old man’ might not be quite as offensive as ‘looking for black guy’ but many older men don’t like to be defined by their age.

Don’t get hung up over tops and bottoms! This applies to both sexes. Fetishes aside, if you are looking for a long term partner, it will eventually become irrelevant who is a top or a bottom! Don’t rule another person out just because you are both ‘bottoms’.

For lesbians, ask questions… and always answer fully. Lesbian gay women like answers! Don’t skirt around the question, be direct and straight to the point. Elaborate and use experiences but don’t go war and peace. Lesbians love honesty. In fact, honesty means everything to us. We also don’t like rushing things. Take time and build up slowly.

There are obviously many more things to learn, to know and to figure out but to start, just keep everything nice and easy! Why complicate matters?

Accept rejections as part of life. There are few people in the world that have never been rejected.

Start slowly, don’t make it weird, and simply ‘be yourself’!